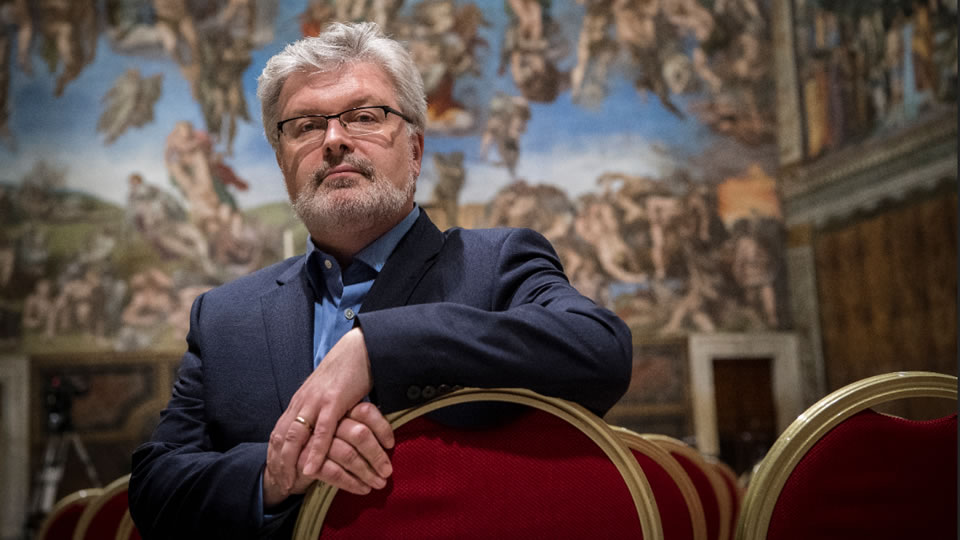 The UK’s largest commissioner of sacred music, the Genesis Foundation, has announced one of its most ambitious commissions to date. Le grand Inconnu, a large-scale choral symphony by James MacMillan will be performed by the work’s dedicatees Harry Christophers and The Sixteen, alongside members of Genesis Sixteen, and the Scottish Chamber Orchestra at Edinburgh’s Usher Hall on Saturday 17 August as part of the Edinburgh International Festival.

“The Holy Spirit has rarely, and arguably never successfully, been fully explored in a symphony. As the metaphysical part of the Holy Trinity it represents a far bigger challenge for composers than a musical representation of an actual event such as the crucifixion. But few subjects deserve to be expressed in the uniquely powerful and emotional form of a symphony more than the Holy Spirit. The gift of the Holy Spirit is a form of initiation that brings us closer to God and the gift of his love. The Holy Spirit resides is us all once we accept God in our lives and is a deeply personal way of connecting to him and understanding his purpose for us. James MacMillan is the world’s leading composer of sacred music whose commitment to God and to Christ his son has informed his compositions from the beginning of his career. Everyone at the Genesis Foundation is impatient to hear the results of his tackling this profound subject that’s central to belief and to watch as its power is transmitted around the world in future performances and recordings.”

The Genesis Foundation has a long-standing partnership with Harry Christophers and The Sixteen that has resulted in numerous commissions from James MacMillan. Recent highlights include the 2018 Sistine Chapel performance of MacMillan’s Stabat mater, a Genesis Foundation commission, which gained worldwide attention as the first-ever concert to be live streamed from the Sistine Chapel. Other recent Genesis Foundation commissions for Harry Christophers and The Sixteen include MacMillan’s O Virgo Prudentissima, based on a tiny fragment from the Eton Choirbook by Robert Wylkynson, which received its world premiere in Eton College Chapel alongside other commissions and works from the Eton Choirbook itself.

The world premiere of Le grand Inconnu will be recorded for future broadcast on BBC Radio 3.