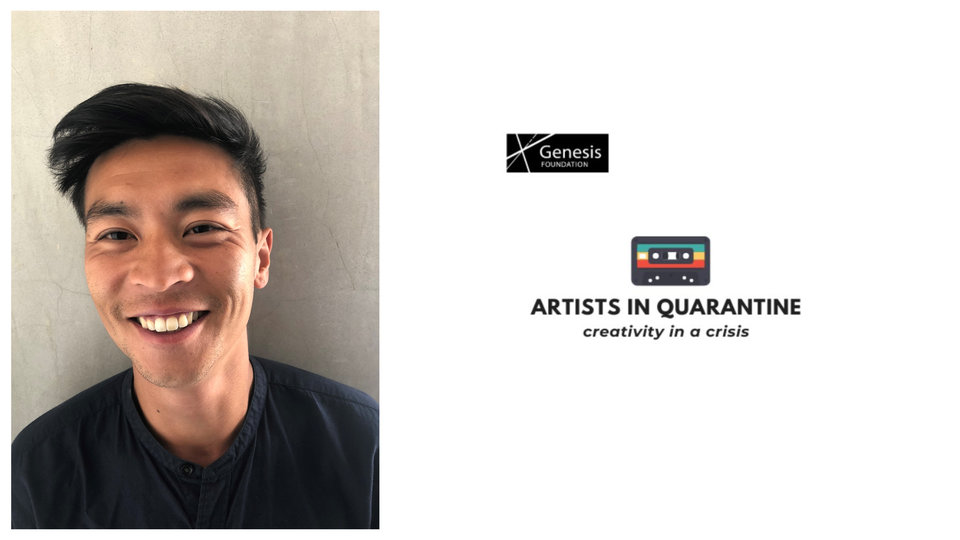 Anthony Lau spent a year as Laboratory Associate Director at Nuffield Southampton Theatres and trained as a director at LAMDA, on the Young Vic’s Jerwood Assistant Director Programme and at the National Theatre Studio.

Pawat Silawattakun, Jonathan Mok, Reizel Quaichon, Lucy Sheen and An Nguyen. These are just a handful of the many East and South East Asian people who have borne the brunt of racist incidents arising out of Covid-19. Prior to the lockdown on 23rd March, there was a growing fear and tension amongst the East and South East Asian community after a spate of race and Covid-19 related attacks swept across the country. From January to March, attacks on East and South East Asians rose by 21% with over 260 crimes reported to the UK Police, compared with 360 for the whole of 2018 and 375 in 2019. We were somehow responsible or carriers of the virus, simply by virtue of the colour of our skin. Never mind that the vast majority of the victims weren’t even ethnically Chinese. Some of these incidents made the press, but many were more insidious: a whisper in the ear, a slur thrown over the shoulder or a shoulder barge on the pavement.

As a response to these attacks, Moongate Productions (founded by Jennifer Lim and Daniel York Loh) were awarded a grant by the Arts Council Emergency Fund to produce a digital arts event that tackled this particular issue. The intention was to collaborate with artists of East and South East Asian heritage in order to make ten new pieces of work that would shine a light on this surge in hate-crime.

Alongside Genesis Fellow Jennifer Tang, I was fortunate enough to be one of the directors Moongate Productions approached to lead on this project. I was, I’m ashamed to say, cynical to begin with. I had seen too many Zoom monologues and digital theatre events that felt rushed and reactionary, it felt like content for content’s sake rather than art born from passion, inspiration or necessity. The internet was saturated, I was doubtful that anything we did during this period would have any meaningful impact and, frankly, I was feeling so disconnected from the world that I had little energy to give. I’m more fortunate than many in my personal circumstances but, even so, anything beyond feeding myself and doing my government sanctioned exercise felt like a trial.

The feeling of isolation is one that we’ve all shared over the past few months, whether that is from our loved ones, our work or simply the world outside. Phone calls and Zooms were designed to hold us together and keep us connected but as the days and weeks steadily rolled into months, I found myself increasingly disengaged. Communication across the globe has never been easier, faster or better designed for mimicking real life interaction yet the absence of physical proximity made me feel more alone than ever. There is something about being in a space with other people and sharing the same experience that feels impossible to replicate digitally. It’s why we celebrate our public spaces and this instinct to be sociable and group together is the cornerstone of human civilisation.

Theatre, and the making of it, shares the same foundation. The getting together and sharing of stories has been a tradition since we first drew on a cave wall more than 65,000 years ago. I couldn’t then fathom how we were going to make anything of value whilst maintaining social distance between both artists and audience. Anything we made would be compromised by this invisible barrier, the words and images might be the same but the absence of real life, human interaction would diminish our efforts exponentially.

This stubborn and entrenched view is my failing.

When the ten commissioned writers handed in their first drafts I was overwhelmed by the energy, scope, urgency and passion with which they had approached their craft. They didn’t drag their feet, they didn’t bemoan the state of the world and they didn’t let our current circumstances limit their ambition. Instead, they were sharp and succinct, writing with a clarity that not only drew attention to the attacks but with a humour, compassion and fury that lit a fire in my belly.

Their work dissolved my preconceptions and ideological limitations. Rather than actors talking down the barrel of Zoom, other possibilities started to emerge. Yes, there is power in the direct address, but there were other forms that we could explore. Animation, dance and film suddenly seemed fitting and there was real excitement in the devolution of theatre. Buildings and auditoriums are important but, in these times, maybe there were other means by which we could facilitate a shared human experience.

What followed was a fortnight of online rehearsals, socially distant filming, remote editing and a more thorough exploration of Zoom as a virtual stage than I ever thought possible. Or reasonable. I felt renewed through the act of making, even if our creative conversations were happening over the airwaves rather than in person. I felt like I could take risks and I felt like I had ideas again. I felt like I had something that I wanted to say. The power of collaboration had made me feel less alone. It shook me out of my navel-gazing funk and forced me to confront the world. I was lucky enough to be given this opportunity but I recognise that there are countless other people who have not had this life jacket thrown in their direction. For that, I am very grateful, and I wanted to work with as many new artists as possible in order to pay it forward.

Too often, it is easy to reach out towards collaborators whom you have an existing relationship with: trust has been established, you have a short hand in communication and, well, it’s fun to work with people you know. However, this seemed counter to the spirit of the project and I wanted to maximise the spread of opportunity. We, as an industry, talk of championing new talent and providing exposure but not enough is done on a consistent basis, by myself included. Weeks of reflecting on my own practice had galvanised me into pledging that given the opportunity to ever make anything again (which at one point felt rather bleak), I would really champion the diversifying of my collaborators. In particular, it felt as if supporting fellow artists of East and South East Asian heritage needed to be central to my practice. This was a golden opportunity to put my money where my mouth was and out of the 16 artists I collaborated with on this project, I had never been in the same rehearsal room as 14 of them. This, in itself, was hugely rewarding and the work benefitted from it. It forced me to be rigorous and specific with my notes and direction, I was energised by these new voices and there was an injection of creativity from the fresh perspectives being offered.

This resulted in five very different pieces, both in content and in form. I’m very proud of the work we collectively made – not only did I feel as if we were drawing attention to a particularly pressing issue, but it felt as if the breadth and characteristics of the work stood on their own merit, regardless of the physical distance and circumstances that we found ourselves in.

On a personal level, I was roused from a lockdown stupor through the act of making and collaborating. Again, I have to acknowledge how lucky I was to be able to be part of a project, a thing greater than myself. And that, perhaps, is what I have been most pressingly reminded of and have taken away most. During this lockdown, so much of my focus has been on myself and the individual. Self-love and well-being are crucial, but we as animals are inherently social. There is an instinctive need to connect with others so whilst the making was joyous, it was the collaboration that reinforced this idea that no art and no person exists on their own. At our best, we are in constant dialogue with the world and people around us and, whether if it’s a Town Hall on Zoom or standing on the fringes of a protest, we draw strength from our connections with other people. In real life or over the internet.

As we slowly figure out how to evolve as a society in the aftermath of Covid-19, perhaps it is worth reminding ourselves that no one thing is bigger than all of us. We can all work harder for equality, justice and inclusion as individuals, but the real victory will be when we collaborate as a society. And that means listening, really listening, to everyone. Not just to those who are loudest or most informed, or those we have appointed our leaders. It means listening to those we disagree with and those less sophisticated in their argument. It means forgiving those who make mistakes and acknowledging that all too often we put our individual needs and concerns first, on all sides. But it also means believing in the power of the collective.

In one of the pieces, CONUNDRUMS by Amber Hsu, the protagonist is wracked with questions regarding the responsibility of the individual in relation to society as a whole. One particular section has stuck with me:

“In the roots of all science are the seeds of philosophy,

The sum of which is greater than that of just you or me.

Take the Ancient Greek roots for the word symptomatic,

This virus which has changed all of our lives takes many forms. It doesn’t just attack our respiratory system; it attacks sections of our society too. What is worth remembering, however, is that just as viruses are the biggest drivers of biological change, this pandemic is also an opportunity to take stock of where we are as a community and to consider, who do we really want to be?