The Sixteen, alongside Founder and Conductor Harry Christophers, stand among the world’s greatest ensembles, as peerless interpreters of Renaissance, Baroque and modern choral music, acclaimed worldwide for performances delivered with precision, power and passion. Since 2006, through its collaboration with The Sixteen and Harry Christophers, the Genesis Foundation has become the UK’s leading commissioner of new sacred choral music.

A landmark event for The Sixteen and the Foundation was the 2018 performance at the Sistine Chapel in the Vatican of Sir James MacMillan’s Stabat mater, commissioned by the Genesis Foundation. This was live-streamed to millions round the world by Classic FM.

“We have been associated with the Genesis Foundation for just over 15 years and it has been and still is an amazing union. More often than not the seed of inspiration emanates from the Foundation, allowing us to feed from that and further their work and ideals. As a result, there is a real sense of collaboration and for us we really do feel part of an incredible family.”

In 2011, The Sixteen and the Genesis Foundation launched a major training and mentoring initiative: Genesis Sixteen, a fully-funded scheme for young singers aged 18-23, which takes the form of concentrated courses over the period of a year.

Genesis Sixteen is nurturing the next generation of talented choral singers and creating a bridge into the singing profession for students at conservatories and universities. Almost 250 singers have participated in the course to date. Participants receive group tuition, individual mentoring, and masterclasses run by some of the industry’s top vocal experts. Since 2014 the programme it has also included a scholarship for an emerging choral conductor.

Genesis Sixteen singers regularly join forces with The Sixteen for large-scale concerts. These have included Handel’s Messiah at the Barbican and Westminster Cathedral, and the premiere of Sir James MacMillan’s 5th Symphony, Le grand inconnu, at the Edinburgh International Festival, a Genesis Foundation commission.

Alumni of the scheme have gone on to sing with leading professional groups such as the BBC Singers, Monteverdi Choir, Swingle Singers and The Sixteen itself and a number of them have established their own independent ensembles. Several have also distinguished themselves as prizewinners in such high-profile events as the Kathleen Ferrier Awards. 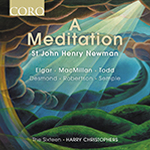 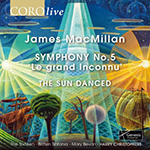 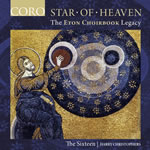 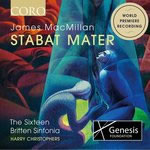 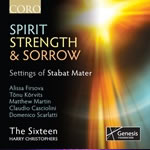 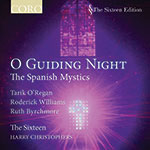 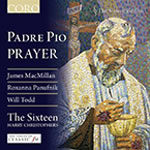