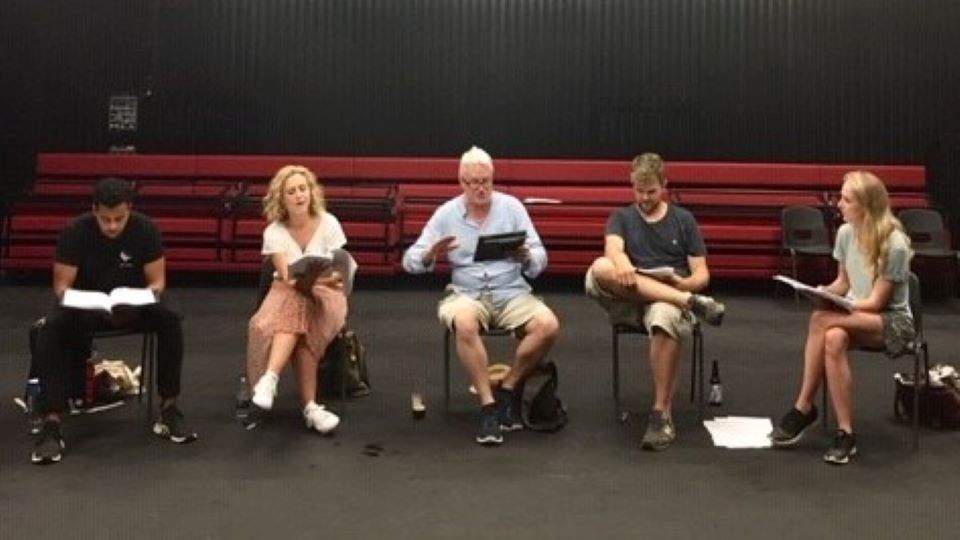 On Thursday 25 July, LAMDA hosted the first rehearsed reading of a new play, dot dot dot dash, by alumnus James Wallwork (class of 2009), who is one of the three founding members of From Ground Up Theatre Company.

The special event for the Genesis LAMDA Network was designed to support the development of work by alumni and to discuss the possibility of other alumni establishing theatre companies. The event follows the success of the recent MISHMASH event held at LAMDA which celebrated the self-created work of LAMDA alumni and students.

The Genesis LAMDA Network provides mentoring for recent graduates, skills workshops led by experienced alumni and industry experts, an annual event for students and mentors to meet and build relationships across the Network, and an online platform to share job opportunities, skills development and build professional connections and collaborations.

“I can’t thank the Genesis LAMDA Network enough for giving me the platform to share the first reading of my play, ‘dot dot dot dash’. The feedback forms and discussion afterwards have been incredibly useful and I’m already planning my next draft.

“It was great to benefit from the work that the Genesis Foundation is doing, to feel that we are still supported even after graduating 10 years ago is really comforting and the play wouldn’t have attracted such a brilliant calibre of actors unless we had the support of LAMDA. I loved talking to some of the people involved with the Genesis LAMDA Network and it massively inspired me to work closely with them. I think the mentoring scheme is such a brilliant initiative and one I wish I had when I was at LAMDA. I want to give everyone the confidence that we can create work with the people we know around us. We don’t need to wait for an agent to ring. We can do it ourselves.”

Find out more about the Genesis LAMDA Network here.