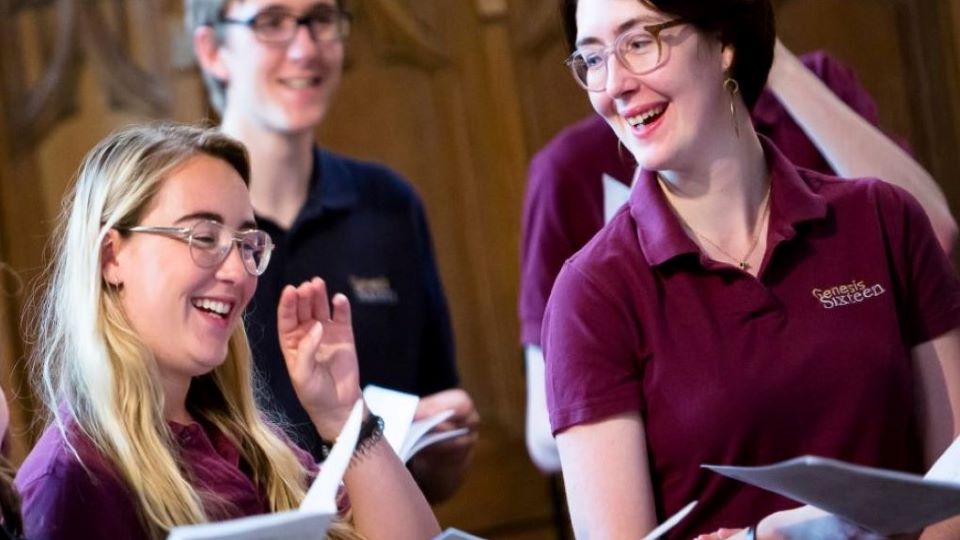 Genesis Sixteen will make its Proms debut on Wednesday 14 August when they perform in the Hallé Orchestra’s Prom of Berlioz’s oratorio The Childhood of Christ, conducted by Sir Mark Elder.

The Prom performance is the latest example of current members and alumni being used by leading conductors and ensembles in performances at major venues such as the Sistine Chapel. A few days after the Prom members of Genesis Sixteen will perform at the Edinburgh International Festival in the premiere of the Genesis Foundation’s commission James MacMillan’s Fifth Symphony: Le grand Inconnu.

Genesis Sixteen is a free young artists’ scheme which aims to nurture the next generation of talented choral singers. Participants receive group tuition, individual mentoring and masterclasses run by some of the industry’s top vocal experts.

*Since this was published, Sir Mark Elder has had to pull out of the concert. He will be replaced by Maxime Pascal.