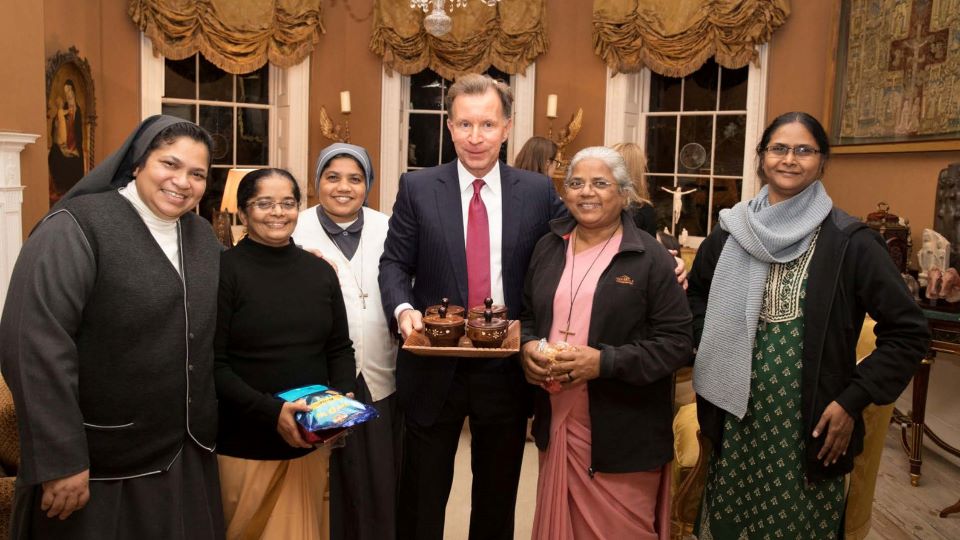 On Friday 7 February, John Studzinski CBE will receive the St Katharine Drexel Award in Catholic Philanthropy from the Board of Founders and Donors Interested in Catholic Activities (FADICA) in Florida, in relation to his charity Arise.

FADICA is a leading philanthropic organisation, bringing together more than 50 private foundations with an interest in Catholic activities. Each year FADICA honours three individuals who have made exemplary and outstanding contributions to philanthropy on behalf of the Church and the Common Good.

John Studzinski has been a leader in the world of philanthropy for the past 35 years. As well as being the founder of the Genesis Foundation, Studzinski ‘s commitment to fighting slavery led him to found Arise, an anti-slavery charity which works to strengthen communities against the scourge of modern slavery and human trafficking.

“We are honoured to present the St. Katharine Drexel Award in Catholic Philanthropy to John Studzinski. For many years, his approach to philanthropy has embodied so much of what FADICA promotes: giving that is ignited by faith, in service to human dignity and the common good. John has devoted a large proportion of his personal wealth to many good causes, and he has also given generously of his time – convening people of goodwill, encouraging them to link arms and work together towards their common goals of building a better world. We honour him for his example and thank him for the critical impact he is making every day through his innovative philanthropic ventures.”

Find out more about the award here.