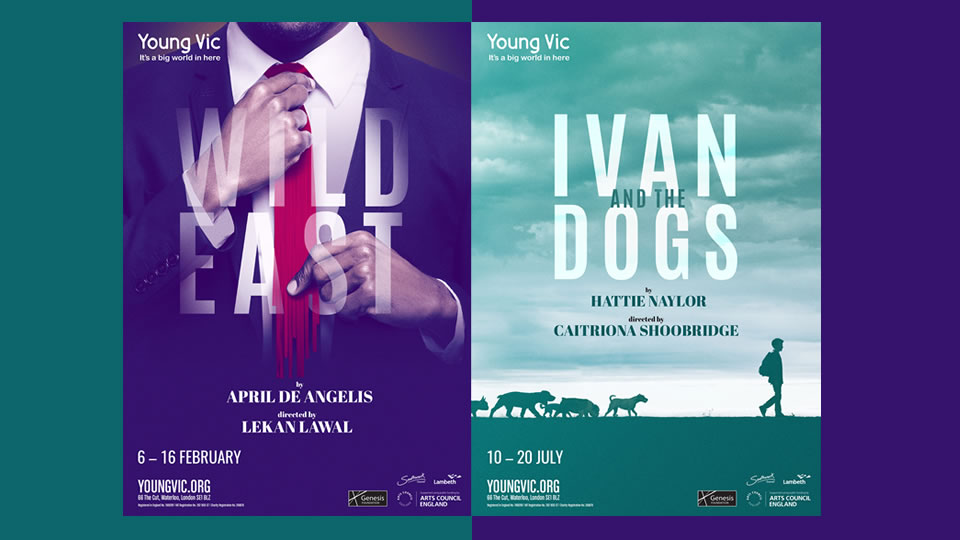 Lekan Lawal trained as an actor at LAMDA before becoming a director. He took part in the Royal Court Theatre’s Young Writer’s Programme and was a resident director at Derby Theatre as part of the Regional Theatre Young Directors Scheme. He directs April De Angelis’ surreal Wild East in The Clare in February 2019. Described in Variety as “the funniest play Ionesco never wrote” her outlandish, bitterly funny play artfully turns the most sterile of settings, a corporate job interview, into a sharp comedy about the hypocrisy of human nature and the compromises we make.

Caitriona Shoobridge was Jerwood Assistant Director at The Young Vic in 2014 and directed the Parallel production to the main house production, Yerma in 2016. She has worked as an associate / assistant director at Headlong, Almeida and Young Vic and trained on the NT Studio Director’s Course. Hattie Naylor’s Ivan & The Dogs is a one-person fable of post-communism self-determination. The play is based on the true story of Ivan, a four-year-old boy who, tired of his drunken parents, decides to leave home. On the cold streets of Moscow he befriends a dog and its pack who become his family.

The award, created in 2012, supports and nurtures emerging directors by providing them with an opportunity to explore and develop their craft as they create their first fully-resourced stage production at the Young Vic. Recipients of past Genesis Future Directors Awards include John Wilkinson and Debbie Hannan (2018), Lucy J Skilbeck and Nancy Medina (2017), Ola Ince (2016), Bryony Shanahan (2016), Rikki Henry (2015) Finn Beames (2014), Tinuke Craig (2014), Matthew Xia (2013) and Ben Kidd (2012).
The Genesis Foundation has supported the Young Vic for more than ten years and currently funds the Young Vic’s Genesis Directors Programme, the Genesis Fellowship, the Genesis Directors Network and the Genesis Future Directors Award programmes.