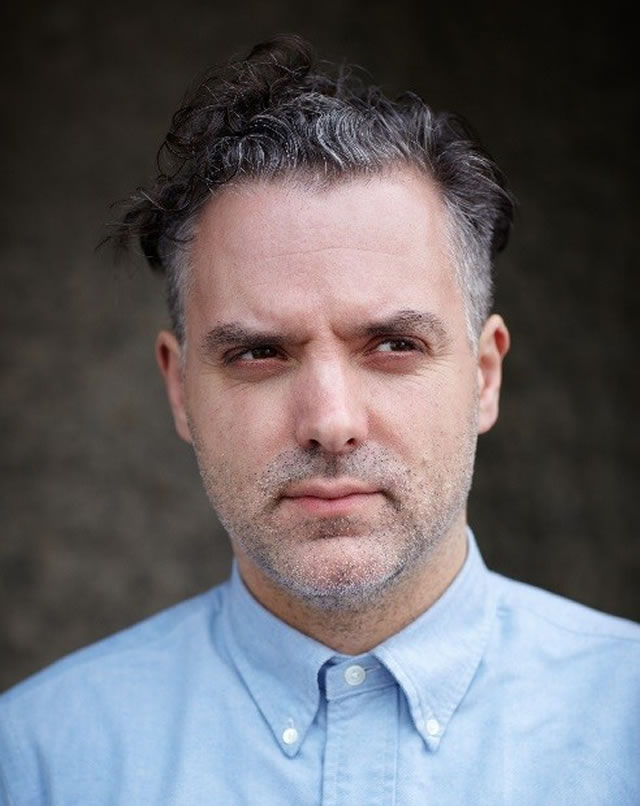 Hadrian Garrard, director of Create London, is today announced as the winner of the 2016 Genesis Prize, worth £25,000, that recognises an outstanding mentor of artistic talent. The Genesis Prize is the only prize to recognise such mentors and to give the award so they might expand their work.

This year, the trustees of Genesis Foundation have chosen to award the Genesis Prize to Hadrian Garrard for his work as Director of Create London, the award-winning organisation that roots artists in their communities, drawing a sustainable model for artistic creation and funding within local groups. Reflecting the crucial role mentoring plays in developing artistic talent, which is at the core of both Create London and the Genesis Foundation’s ethos, Garrard has chosen to invest the prize money in a Young Curator Award programme.

Garrard’s ongoing work effects real change in London communities by getting art and artists out of gallery spaces and into the heart of the neighbourhoods. In 2014/15 Create placed over 130 young people into jobs in the creative sector, worked with children in more than 25 schools, and has consistently made significant and valuable contributions to urban renewal in the east end of London. Recent projects include building a cinema under a motorway, a new soft play centre, over 100 artist commissions, Open School East – a project that supports 13 postgraduate art students by providing free tuition and studio space in exchange for developing public programmes for communities on the De Beauvoir Estate in Hackney, a workshop and community resource for wood- and metal-working, and the Create Jobs initiative, which provides mentoring, support, and paid employment opportunities for local young people.

“We are delighted to offer the Genesis Prize to Hadrian for his inspirational work in cultivating and mentoring local, artistic life. With Create London, Hadrian has launched a business which holds social practice and nurturing artistic talent at its core. Mentoring and artistic development are fundamental to what we do at the Genesis Foundation, so we’re thrilled that Hadrian has chosen to fund a new programme to support young curators with this prize.”

“The Genesis Prize is unique in that it provides recognition to those of us involved in mentoring young artists and arts professionals. One of the most rewarding things in my work is supporting young talented people and to have this recognised in this way means an awful lot to me. We work with hundreds of young people each year in many different ways and I am proud to have supported the careers of some very talented artists and curators over the past 10 years. Last year we were particularly proud to see Assemble win the Turner Prize. We gave Assemble their first commission in 2011 and have supported their work through several other major commissions and it was wonderful to see their rapid development reflected in such a significant way. I shall be using the funding from the Prize to support a Young Curator over the course of this year. We will be appointing Sophie Chapman to work with us and to receive mentoring and practical experience over the next year.”

“The Young Curator Award is a really exciting and unique opportunity. It will give me the chance to work collaboratively with artists and communities to rethink, test out and question what art and social practice means, how we can approach it critically and what it means for people in London at the moment.”

Previous winners of the Genesis Prize are Polly Staple, director of London’s Chisenhale Gallery and Hamish Dunbar, artistic director of Café Oto in Dalston, East London, who established an Associate Artists Programme and built a new temporary project space for artists to create and develop their work.

Hadrian Garrard is Create London’s Director and has led the organisation since 2007.

Formerly a project housed within the Host Boroughs Unit delivering SRF objectives, in 2011 Hadrian was able to help the organisation obtain independent status.

Before joining the Host Boroughs and London 2012, Hadrian worked on the 2012 Culture Strategy for the London Borough of Hackney and was involved in the redevelopment and opening of the Hackney Empire Theatre in 2002. Prior to this Hadrian worked as a session musician for six years working with artists including Ed Harcourt, Saint Etienne and KT Tunstall.

Sophie Chapman is an artist and curator originally from Newcastle, currently living and working in London. She graduated from Central St Martins with a BA in Fine Art in 2014, since then she has worked on a number of collaborative projects relating to the politics of space, art education and alternative forms of art production and dissemination. She is currently working with artist Kerri Jefferis to explore different structures for the production of community. She worked as a PA then a Project Assistant at Create for a year before receiving the Young Curator Award.

Established by John Studzinski 15 years ago, the Genesis Foundation works in partnership with the leaders of prestigious UK arts organisations such as the Royal Court, The Sixteen, Welsh National Opera and the Young Vic. Its largest funding commitment is to programmes that support directors, playwrights and musicians in the early stages of their professional lives. In addition it awards scholarships to exceptional student actors at LAMDA and commissions stimulating new works, from choral compositions to light installations. In 2015 the Genesis Foundation launched its first partnership outside the UK, funding residencies for playwrights at New York’s Signature Theatre.

Create exists to explore the ways artists can contribute to the lives of people in cities.

Our work is primarily focused in east London, home to more artists and art organisations than anywhere in Europe, and one of the most economically deprived parts of the UK. We help artists to connect more closely with communities through an ambitious programme of projects.

We commission art anywhere. Unlike a gallery or theatre we have no fixed public space, preferring to work in the places people encounter every day. Working collaboratively informs everything we do and our projects are driven by artists, issues and places.