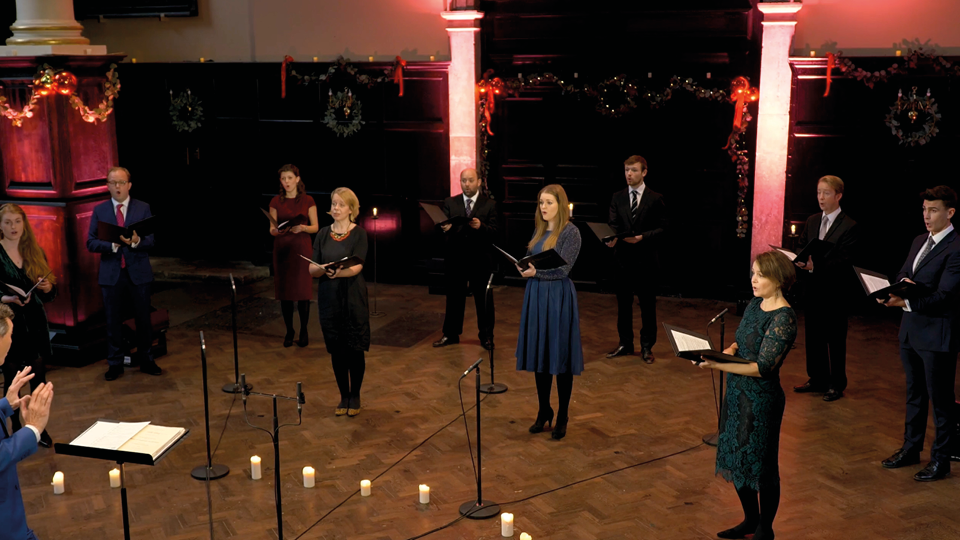 The Genesis Foundation, founded and chaired by John Studzinski, has organised a Christmas concert, to be made available online, to raise money to support arts freelancers for the Genesis Kickstart Fund.

The pre-recorded concert is given by Harry Christophers CBE and The Sixteen, long time partners of the Foundation. It features classics such as White Christmas and Twelve Days of Christmas.

In addition, it features some special guests:

Proceeds from the concert will go towards the Genesis Kickstart Fund, which will create projects for outstanding freelance talent in the creative sector across the UK.

In October, Genesis announced the Kickstart Fund, with a £1 mn donation by John Studzinski, in advance of the Foundation’s 20th anniversary in 2021. The Fund will generate structured, project-based work opportunities for a diversity of freelance creative professionals. They will earn an income as they participate in future-facing projects while continuing to build their careers and professional networks. The first projects are expected to go live in mid-2021. The Fund has over 30 leading figures from the arts on its Advisory Council, including  Barbara Broccoli (Producer, EON Productions), Benedict Cumberbatch (Actor, LAMDA President) and Grayson Perry (Artist).

“We were delighted to organise this online concert, at the end of this most difficult year for artists and for the whole country. However, I have been inspired by the generous impulse of the British public. It’s fantastic, for example, that in the first half of the year, the public donated £5.4 bn to charity, an increase of £800 million on the equivalent period the year before.  We will need this culture of giving to continue over the coming years to support the vulnerable, particularly in the arts.

I want to thank all the participants in the concert. We hope that the concert will lift people’s spirits in the run up to Christmas but also spark some funding for Kickstart to helps arts freelancers. As we near the new year, we look forward to celebrating 20 years of our Foundation’s sustained impact of nurturing and mentoring artists, and creating the leaders of the future.”

“We were delighted to take part in this concert. Not only was it a lot of fun but it was also fun with a philanthropic purpose; what better way of summing up John and the Genesis Foundation. We hope that the music resonates, moves and inspires you all at this most precious of seasons and gives some semblance of hope during, what has been, an incredibly challenging year for us all.”

“I was delighted to introduce the Genesis online Christmas concert. The Foundation carries out critical work supporting freelance artists and this has never been moreimportant. Ihope that the concert will inspire people into making a contribution to the Genesis Kickstart Fund.”

“I was delighted to do a reading for the Genesis Foundation’s online Christmas concert. This has been such a tough year for so many in the artistic community. Over 20 years, Genesis has been there for the arts in good times and bad. We all hope that the new year will herald a process of rebuilding and rebooting our dynamic arts sector.”