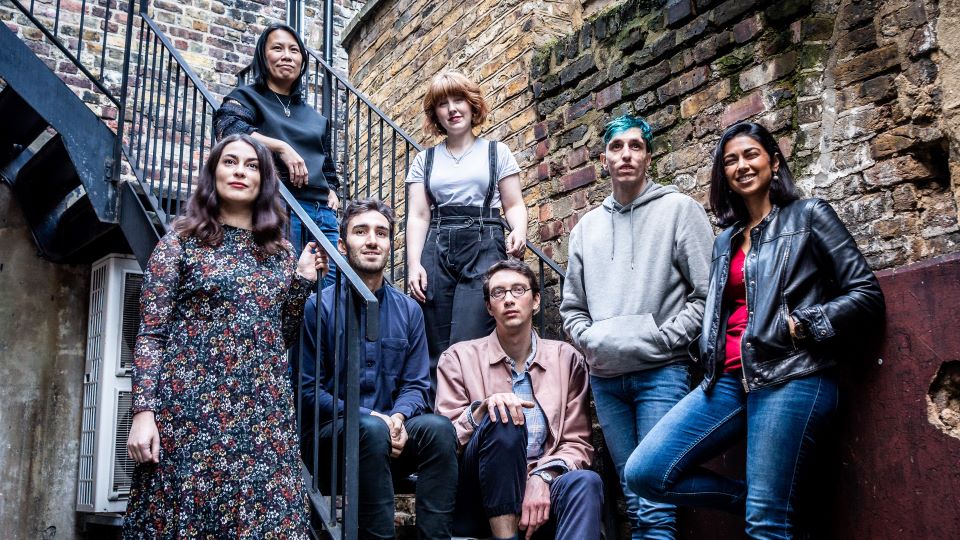 On Thursday 24 October a major new partnership between the Genesis Foundation and the Almeida Theatre was announced with the launch of the Genesis Almeida New Playwrights, Big Plays Programme. This is an annual programme that supports emerging and experienced writers to develop new plays for larger stages, giving them the space and time to experiment with form and scale.

Each writer on the programme is commissioned to develop one new play and will be given guidance and dramaturgical support from the Almeida’s Literary Manager and Artistic team. During the year the writers will also attend 12 masterclasses led by established British and international playwrights and be given a five-day research and development workshop to develop their commission.

John Studzinski, Founder and Chairman of the Genesis Foundation commented:

“One of the great gifts of life is to be challenged continually and never to stop learning. The Genesis Foundation works with its partners to identify areas in arts philanthropy that aren’t being fulfilled. Experienced artists wishing to develop their creative work are too often overlooked for support and commissions and don’t get the mentoring they need. It’s important that we support the creation of the Genesis Almeida Writers Programme. By identifying and supporting writers who will benefit most from working with the team at the Almeida we are helping to ensure that they continue to develop their work in new and exciting ways.”

“As we announce these two new plays, it feels fitting to also announce the brand new Genesis Almeida New Playwrights, Big Plays Programme, featuring seven writers who have all demonstrated their ability to think big, engaging with unusual, imaginative and formally innovative ideas. We can’t wait to guide them over the next year and to see what they produce and are hugely grateful to the Genesis Foundation for giving us this opportunity.”

The Genesis Foundation has been an active supporter of the UK theatre world for several decades, funding the Royal Court’s International Playwrights’ Programme for 20 years and the Genesis Directors Program at the Young Vic. The Almeida Theatre joins current theatre partners the National Theatre, LAMDA and Young Vic.