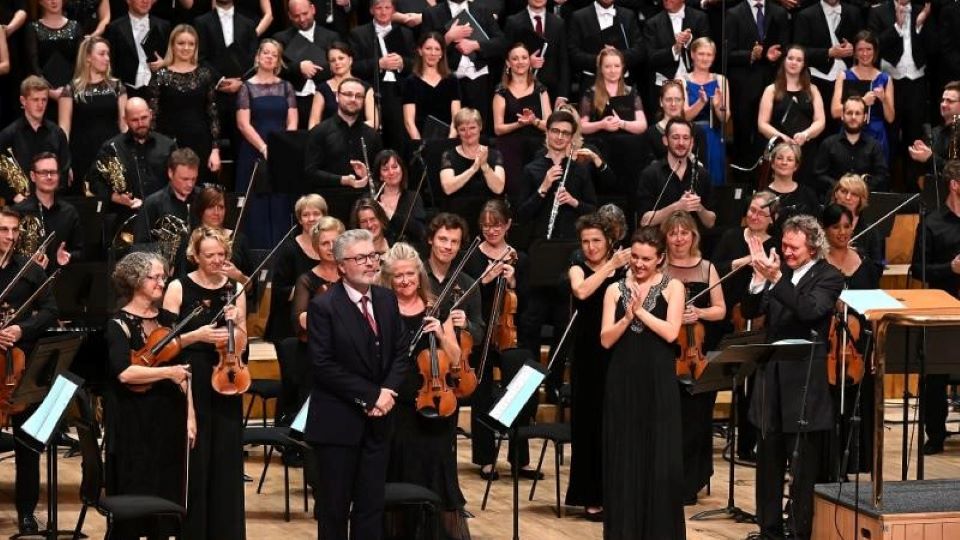 Following the huge success of the world premiere of MacMillan’s Symphony No.5: Le grand Inconnu at this year’s Edinburgh Festival, the symphony received its London premiere on 14 October 2019 at the Barbican Centre.

This Genesis Foundation commission explores the mystery of the Holy Spirit and was performed with the UK premiere of another choral work by MacMillan which celebrates the Miracle of Fatima.

These works were featured alongside Arvo Pärt’s Cantus in Memorian Benjamin Britten and Britten’s Hymn to Saint Cecilia and were performed by Harry Christophers and The Sixteen with the Britten Sinfonia. The Sixteen was also joined, as in Edinburgh, with forty-eight alumni members of Genesis Sixteen, the young artists’ scheme which continues to nurture the next generation of talented choral singers.

The Arts Desk described how “both works show unique orchestral brilliance” and The Times commented: “It’s striking how directly this music speaks, how movingly it explores its subject. Five stars, then, for a piece that I would like to hear again and again. I’m certain I would find new things in it each time.”

The concert was recorded by The Sixteen for release on their CORO label in Spring 2020.