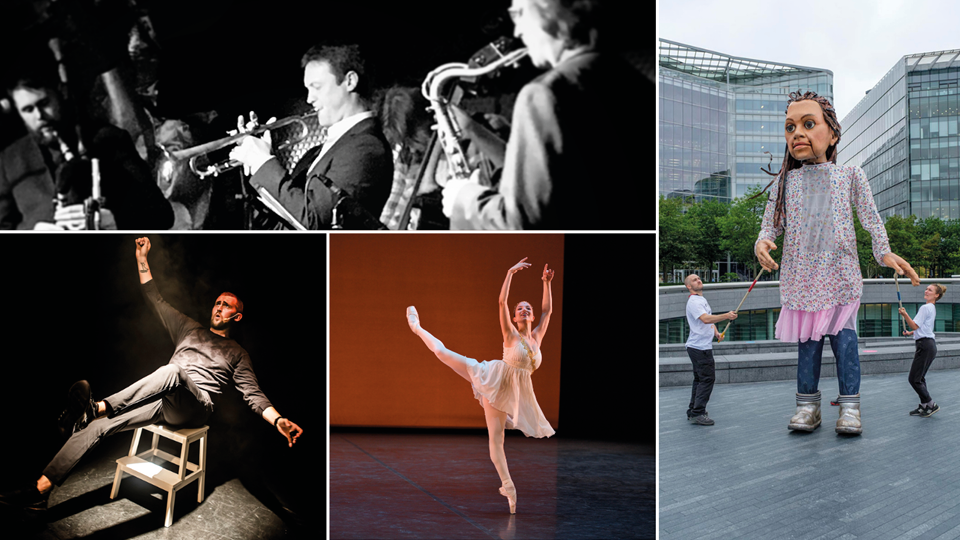 41 projects announced in the first phase of funding

The Genesis Foundation has announced 41 grants for arts projects run by creative freelancers throughout the UK. The grants have been allocated from the £1m Genesis Kickstart Fund, rolled out on the Foundation’s 20th anniversary with the aim of enabling outstanding freelance talent to produce future-facing arts projects.

The majority of the first batch of Kickstart recipients will receive £10,000, along with mentoring to support them as creative freelancers in an environment transformed by Covid-19. In total, the projects will involve 500 freelance professionals, and 90% of the projects will target new audiences for the art form or genre.

Freelancers in the arts have suffered particularly during the Covid period. It is estimated that, pre-Covid, freelancers formed 50% of the UK’s theatre workforce.

Pathway for Puppeteers | Good Chance Theatre: professional development project which supports three UK freelance puppeteers to take part in WALK, an outdoor theatre piece in support of refugees. At its heart is Little Amal, a 3.5m high 9-year-old refugee girl, which will travel 8,000km from Gaziantep to Manchester with an urgent message: “Don’t forget about us.”

Amma | Tara Arts: Meaning ‘Mum’ in Bengali, Amma will commemorate the forthcoming 50th anniversary of the Bangladeshi War of Independence of 1971. The project involves collecting and archiving the untold stories and experiences of women in Manchester, Cardiff and Birmingham who lived through the war, before developing and presenting a VR exhibition inspired by these women.

LAMDA MishMash Festival | LAMDA: In partnership with Emily Carewe, this festival is a 3-day celebration of self-created work which platforms newly commissioned pieces from a diverse range of artists at every level.

Best Seat in Your House | Young Vic: an immersive, multi-camera broadcast, designed to revolutionise the ‘at home’ viewing experience. With the support of freelancers, Best Seat in Your House will be piloting in July. Audiences will be given two streaming options, Director’s Chair or Director’s Cut, and they will be able to switch between views to control their experience.

(Both LAMDA and the Young Vic are existing programme partners of the Genesis Foundation.)

Resistance | SANSARA: multi-faceted choral music recording project, based on the story of the White Rose circle: five students and a professor who confronted Nazism and paid with their lives. Resistance is a collaboration between the award-winning vocal collective SANSARA and the University of Oxford’s White Rose Project, bringing their timely and inspiring story to English-speaking audiences around the world.

Our Future In Your Hands | The Multi-Story Orchestra: brand-new choral and orchestral commission about the global youth protest against climate change by composer Kate Whitley and writer Laura Attridge. The project brings together 38 freelance musicians who make up its orchestra, 3 world-renowned opera soloists and over 100 singers.

“I am overwhelmed but not surprised by the ambition, creative spark and energy of the Genesis Kickstart fund proposals and projects. The original logic of Kickstart in ensuring freelancers remain engaged and active is very visible in these important, wide-ranging and innovative initiatives. We want to help freelancers get back on their feet, and we are delighted that the projects are so diverse in art form, region and ethnicity.  After 20 years of the Genesis Foundation, our original nurturing and mentoring framework is now more relevant than ever before.”

“I was fortunate several years ago, that as a young actor, my career was kick-started by the Genesis Foundation. I know that they have helped thousands of others over 20 years. This Kickstart Fund will support and encourage freelancers, who have had such a difficult time during the pandemic. It was a real privilege and a pleasure to be on the Advisory Council for this.  What a brilliant and deserving list of recipients. Such an exciting mix.”