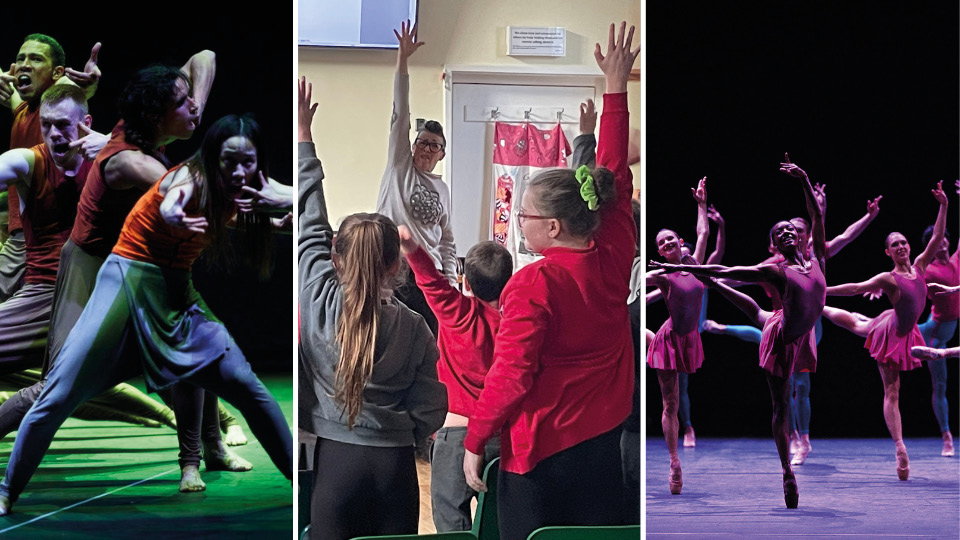 English National Ballet presents The Forsythe Evening at Sadler’s Wells Theatre. The show honours master choreographer William Forsythe, in a special programme celebrating his enduring love and curiosity for ballet. The Genesis Kickstart Fund supported vital behind-the-scenes work,commissioning 10 freelancers to create over 75 costumes for the performances. The production runs until this Sunday (10th).

⭐⭐⭐⭐⭐ “Left a packed house on its feet, tipsy with delight” – Financial Times

⭐⭐⭐⭐⭐ “All the dances are performed with precision, speed and an incredible amount of energy” – Jewish Chronicle

Jungle Book Reimagined is a brand new dance-theatre production based on the original story of Rudyard Kipling‘s much-loved family classic. Akram and his team reinvent the journey of Mowgli through the eyes of a climate refugee.

The Genesis Kickstart Fund supported the production’s research and development.

The LAMDA Mish Mash Festival, a 3-day theatre festival celebrating the self-created work of LAMDA Alumni and their contemporaries, opens on 29 April until 1 May. Founder and director Emily Carewe has created the festival in partnership with LAMDA and supported by assistant producers, and fellow LAMDA Alumni, Leanne Henlon and Selina Jones.

The programme features 26 brand new commissions, ranging from 10-40-minutes in length, in addition to 4 industry-led workshops and 3 panel discussions. It focuses on the empowerment of artists at every level.

TRACE has launched the inaugural TRACE Mentorship today, a year-long mentoring programme of workshops, masterclasses and industry networking opportunities for 24 female photographers over 35, led by Sian Bonnell, Sebah Chaudhury and Haley Morris-Cafiero. The programme will run from June 2022 – June 2023.

JAM’s Virtual Education Resource, a free teaching aid that helps young children to sing and enables enthusiastic amateurs to play instruments to a high level, has been in development.

The multi-arts organisation has been running after-school singing workshops to test the resource. These workshops, led by singing coach Rebecca Lodge, have been taking place at two Romney Marsh primary schools.

The project will culminate with a performance during JAM on the Marsh in July 2022, alongside the London Mozart Players, professional singers and conducted by Michael Bawtree.

Keep up to date

Read more about the programme