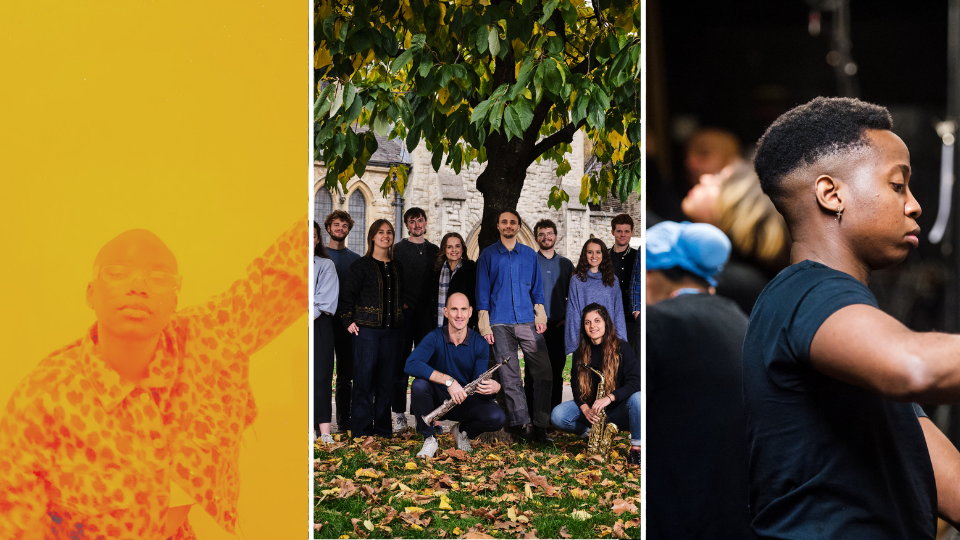 Creative Exchange, a 2-day festival celebrating cross-disciplinary artistry on stage and screen, will take place on 25 & 26 July at The Kiln Theatre.

Hosted by The Mono Box, emerging artists will have the opportunity to attend workshops, panel talks and screenings, as well as network with theatre practitioners and film-makers. The festival aims to kickstart a new way of creating within the industry.

tiata fahodzi has announced its 25th anniversary season, featuring its Genesis Kickstart Fund project tf MATCH/PLAY, a series of commissions where three pairs of artists based in Watford and the South East will work in their local area to produce a 15-minute piece that pushes the boundaries of what theatre is.

Read more in The Stage

Blue Sky Counterpoint, a collaborative project at Hillside School in Cumnock, Scotland, has now completed its preparatory phase. The project is run by The Cumnock Tryst, founded by composer and conductor Sir James MacMillan, and is designed for pupils with complex additional support needs.

The young people have been participating in workshops and last week, they were joined by eight singers from the Royal Conservatoire of Scotland.

On 30 September, Blue Sky Counterpoint culminates with a performance by the Hillside pupils, Sir James MacMillan, composer Matilda Brown, and singers from the Royal Conservatoire of Scotland.

Corvus Consort’s debut album Revoiced will be released on 1 July 2022.

The disc explores the blend of saxophones and voices, bringing new colours to music from the Baroque and Renaissance. The group has released Das Wort ward Fleisch (Heinrich Schütz), the first video from the Revoiced sessions recording, which was made in collaboration with the acclaimed Ferio Saxophone Quartet.

Treephonia hosted its first pop-up concert at Southall Park in Ealing, as part of Treephonia: Live, one of two strands of its Genesis Kickstart Fund project, which uses a series of concerts and educational workshops to encourage people to engage with natural spaces.

Chiizii, an interdisciplinary artist, designer and researcher, has been announced as the recipient of the Yinka Shonibare Foundation and Guest Projects Digital’s Digital Research Residency.

The three-month initiative was created with an aim to provide an emerging, UK-based African and/or Caribbean diaspora curator or artist, with the opportunity to lead a collaborative research project investigating the intersection of art and design, ecology and food, or migration and identity.

Born in London and raised in New York and Igbo, Chiizii’s work centres on the specificities of Igbo, Nigerian and African experiences and histories.

Read more about the Residency