David Lan joins the Genesis Foundation’s Board of Trustees 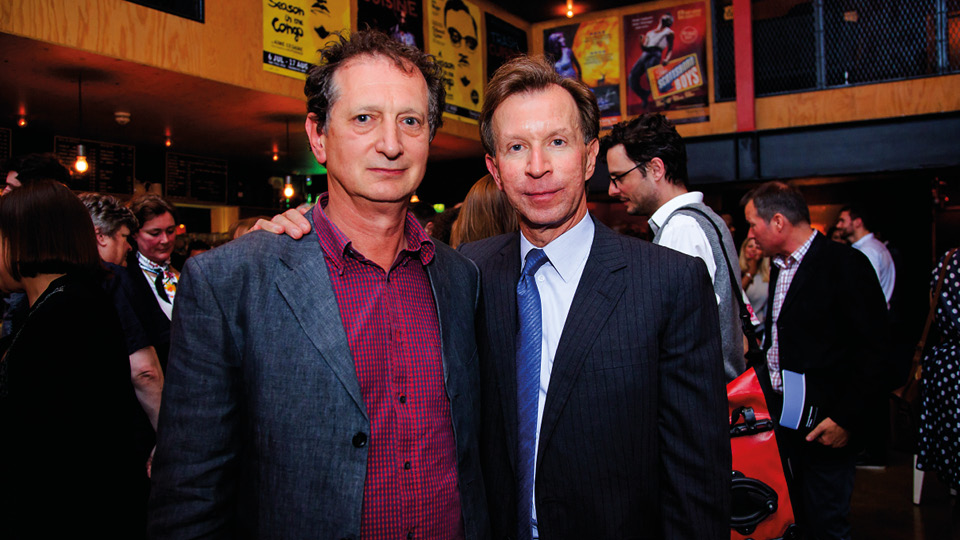 The Genesis Foundation is pleased to announce that David Lan has joined its Board of Trustees, effective 30 June 2022, a move which takes a long-established partnership into a new phase.

As writer, producer and director, David Lan has won acclaim from critics and audiences in the UK and around the world. Throughout his career, he has made a priority of nurturing the careers of younger theatre-makers.

During his tenure as Artistic Director of the Young Vic (2000 to 2018), he spearheaded the redevelopment of the theatre and produced a stream of pioneering shows; many of these transferred to the West End and New York and won major awards. He recently acted as producer of The Walk, the ambitious travelling festival which in 2021 followed the journey of the 3.5 metre puppet Little Amal, a symbol of the world’s young refugees, from the Turkish city of Gazantiep to Manchester.

The association between David Lan and John Studzinski, Founder and Chairman of the Genesis Foundation, dates back more than 20 years, to Lan’s early days at the Young Vic. Together they established the theatre’s Directors Program, its Genesis Fellowship and the Genesis Future Directors Award, all with the aim of enabling the Young Vic to champion the training of emerging theatre directors. The Genesis Network, which now connects over 2,000 theatre-makers countrywide, became the first organisation to bring artists together on this scale for training, professional exchange and mutual support.

“I’ve known the Genesis Foundation since I was writer-in-residence at the Royal Court in the mid-1990s.  The Court’s International Writers Program, enabled and supported by John, was an early example of his willingness to take big risks on big ideas – large-scale, highly imaginative ways of offering support to young artists.  Many of those who were part of the various directors’ projects we dreamed up with John and Genesis at the Young Vic over almost twenty years are now running their own theatres all over the country.  I was touched to be asked and am very happy to join the Genesis board in the hope and expectation that many new ideas will emerge through which young people can be supported to find their unique way to flourish as artists in our ever changing world.”

John Studzinski, Founder and Chairman of the Genesis Foundation, said:

“The Genesis Foundation believes in backing visionary artistic leaders who mentor and nurture talent, and over the years we couldn’t have asked for a more inspiring partner than David. In his work at the Young Vic and beyond, David has created a culture that allows artists to face challenges, to fly, and even to fail, while always giving them experience that has enriched and emboldened them. Such passion and vision is rare, and I am honoured to welcome David as a Trustee of the Genesis Foundation. This is a new phase in our relationship; David will bring an astonishing wealth of experience, skill and generosity of spirit to the Genesis Foundation’s mission.”