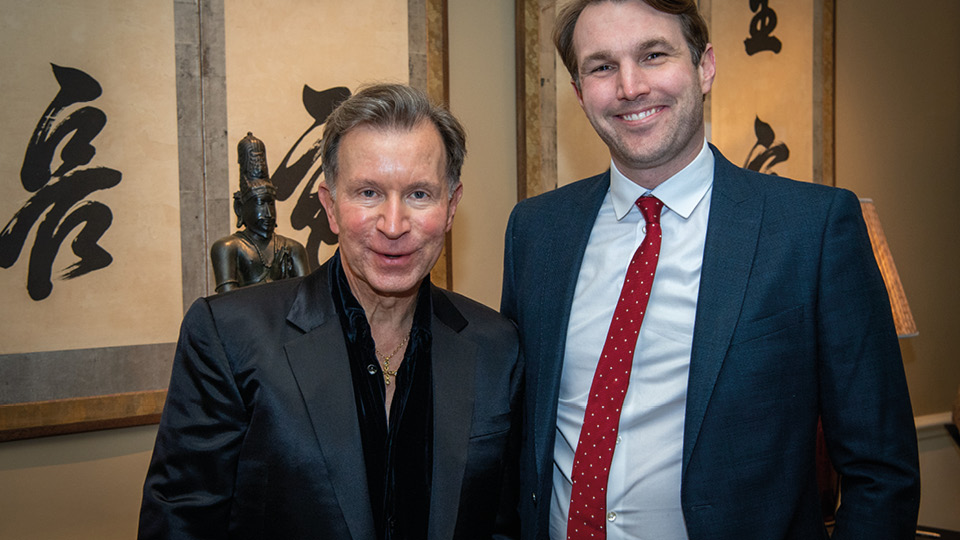 Through the Papatango Theatre Company, George Turvey will use his £25,000 prize to pilot a new scheme called the Playwright-Player Commission. Offering an innovative model for championing rising talent, it will create a pipeline of ambitious new work for major stages. The inaugural Playwright-Player Commission, to be hosted at Bristol Old Vic, will connect a hugely promising early-stage playwright, Samuel Bailey – winner of The Times Breakthrough Award at the Sky Arts South Bank Awards for his play Shook – with Olivier Award-winning director Sally Cookson, and a yet-to-be-confirmed actor. They will collaborate on a brief to create an ambitious, large-scale new play for Bristol Old Vic’s celebrated main stage.

Described by the Evening Standard as a “remarkable unearther of new talent”, George established the Papatango New Writing Prize in 2009. It has provided a launchpad for an impressive roster of artists who would not otherwise have found a pathway into theatre, attracting more annual entries than any other playwriting award in the UK and discovering future winners of BAFTAs, Royal National Theatre Foundation, Critics’ Circle, Alfred Fagon and OffWestEnd awards.

Recently named by The Stage as one of the 25 theatremakers to watch out for in 2022, George made a striking impact with his resilient and ambitious response to the Covid-19 crisis: within 12 hours of lockdown theatre closures in March 2020, he had launched Isolated But Open: Voices From Across The Shutdown. A programme designed to generate paid work and foster creativity, it inspired 2,004 plays and Papatango went on to produce/publish 12 of them in free recordings/playtexts. These have so far been watched free of charge by over 14,000 people and were recently enshrined in the British Library as a major cultural achievement.

“I am truly incredibly honoured to receive the 2022 Genesis Foundation Prize in recognition of my work mentoring playwrights. For 14 years, we at Papatango have had the privilege of supporting and launching some immensely talented writers and, through the Playwright-Player Commission, this Prize will allow us to push further than ever in our quest to get the

“George provides an object lesson in nurturing talent in a dynamic and sometimes volatile environment. Since 2009 he has been opening up career-changing opportunities for a diversity of writers, and his response to the pandemic has been nothing less than exemplary in its agility and resourcefulness. In a changed world, arts leaders of all kinds can learn from his approach and his achievements for the creative community and for audiences.”