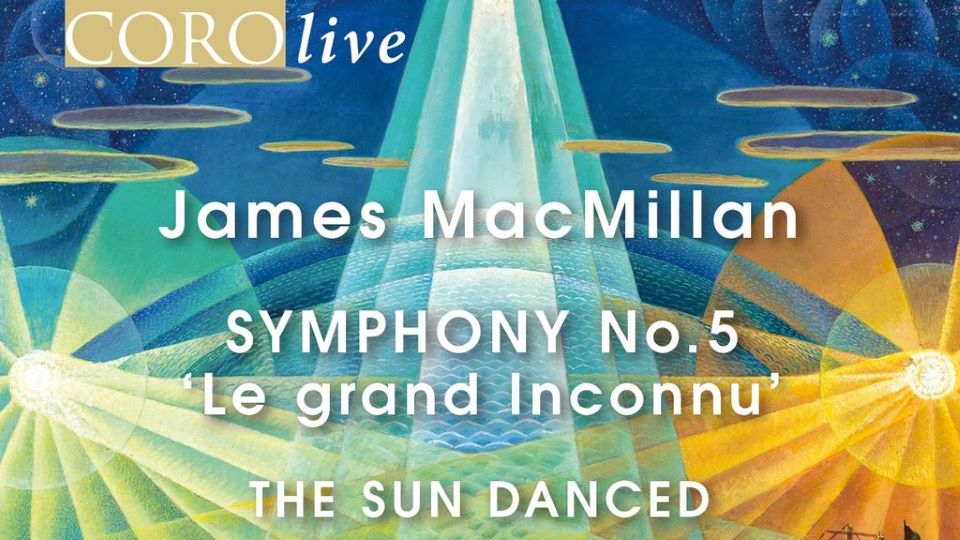 The premiere recording of James MacMillan’s Symphony No. 5 ‘Le grand Inconnu’ will be released on Harry Christophers and The Sixteen’s CORO label.

Recorded live at the Barbican Hall, James MacMillan’s powerful large-scale choral symphony was commissioned by the Genesis Foundation for Harry Christophers and The Sixteen and is performed by them with Britten Sinfonia and Genesis Sixteen, on this recording. The album also includes MacMillan’s The Sun Danced.

The world premiere of the work was given at the Edinburgh International Festival in August 2019 by Christophers and The Sixteen to a standing ovation and rave reviews. The Spectator described how “the whole symphony pulls quietly towards consonance and a vast, cumulative sense of affirmation”, while The Times commented that the work is “likely to join MacMillan epics…in gripping the ears, spearing the heart and moving the soul.”

The Genesis Foundation is Europe’s largest commissioner of sacred choral music and ‘Le grand Inconnu’ is the 22nd commission for Christophers and The Sixteen. Over the last decade this partnership has resulted in commissions from 14 composers, as well as six albums on the CORO label and the first ever live-streamed concert from The Sistine Chapel. To order the recording of ‘Le grand Inconnu’, click here.