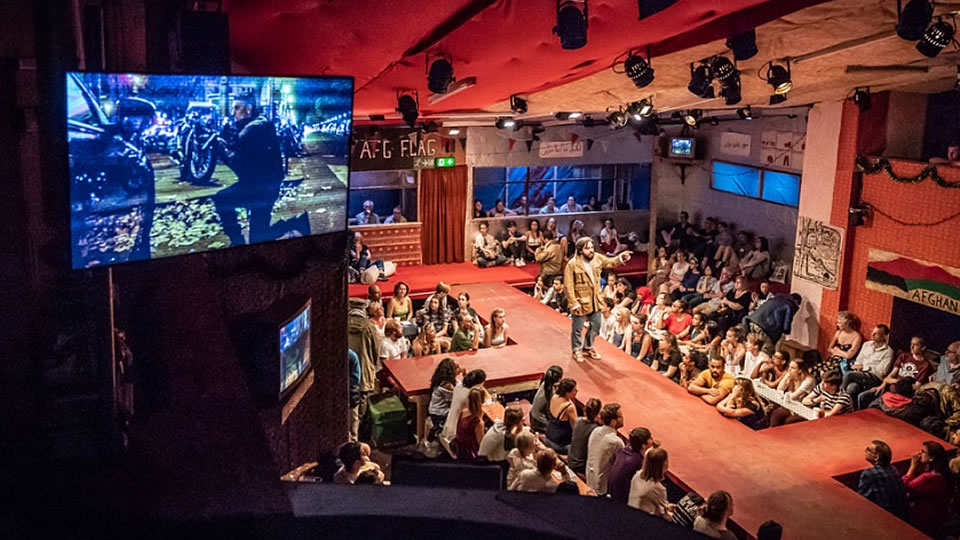 Founded in 2015 by Joe Murphy and Joe Robertson, Good Chance built its first temporary theatre in the Calais ‘Jungle’ camp. The theatre became a civic and cultural centre of the camp and a powerful voice in the international conversation about the refugee and migrant crisis. Robertson and Murphy subsequently wrote a play, The Jungle, based on their experiences in the Calais camp.

The Jungle, directed by Justin Martin and Olivier and Tony Award-winner Stephen Daldry, received its world premiere at the Young Vic in 2017 to overwhelming critical and audience acclaim, later transferring to The Playhouse Theatre in the West End and winning Best New Production of a Play in the Broadway World UK Awards 2018.

The play has just completed a successful run at St Anne’s Warehouse in New York, with Ben Brantley of the New York Times writing “Thrilling… ravishing… devastating…it feels as if all the world is holding its breath.” Frank Scheck of The Hollywood Reporter described the production as “A stunning feat of design. A marvellously realised production…essential viewing.”

The Jungle will now receive its West Coast premiere in San Francisco at The Curran theatre where its arrival is hotly anticipated, with performances from 26 March until 19 May.

Joe Murphy and Joe Robertson were joint recipients of the 2018 Genesis Prize for their outstanding work with Good Chance Theatre. Worth £25,000, the Genesis Prize is the only prize which recognises outstanding mentoring of artistic talent and gives winners the opportunity to expand on that work.