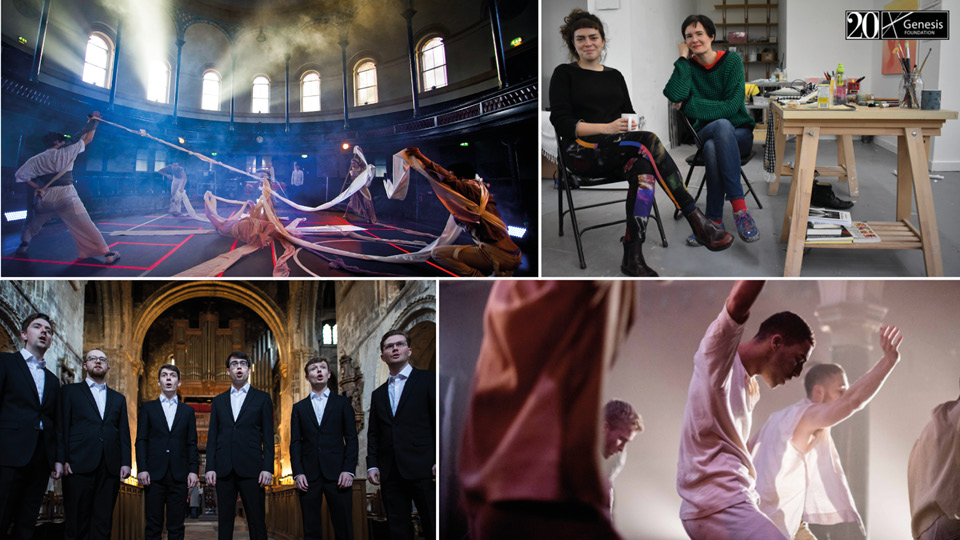 19 projects announced in the second phase of funding, following first round in May

The majority of the second batch of Kickstart recipients will receive £10,000, along with mentoring to support them as creative freelancers in an environment transformed by Covid-19. In total, the projects will involve over 190 freelance professionals, and 100% of the projects will target new audiences for their art form or genre.  The grant recipients include projects run by Genesis partners, The Sixteen and the Almeida (the Genesis Kickstart Fund has supported Josh Azouz on the development of  ‘Once Upon a Time in Nazi Occupied Tunisia’ which is on at the Almeida until 18 September).

Freelancers in the arts have suffered particularly during the Covid period. It is estimated that, pre-Covid, freelancers formed at least 50% of the UK’s theatre workforce.

“We are delighted to announce 19 new Genesis Kickstart projects, covering all arts forms and all four nations of the UK. On reading the proposals, we were inspired by the quality, creativity and scope of the projects. We now look forward to seeing what they can achieve. The onset of Covid-19 has been such a challenging time for arts freelancers but, at the same time, I think our projects are a sign of an upsurge of creative energy which is taking place in the UK. I am pleased that we are marking the 20th anniversary of our Foundation by playing a small role in catalysing this.”