The 2018 Genesis Prize is awarded to Joe Murphy and Joe Robertson, directors of Good Chance Theatre, for their work with refugees in Calais and London - Genesis Foundation

The 2018 Genesis Prize is awarded to Joe Murphy and Joe Robertson, directors of Good Chance Theatre, for their work with refugees in Calais and London 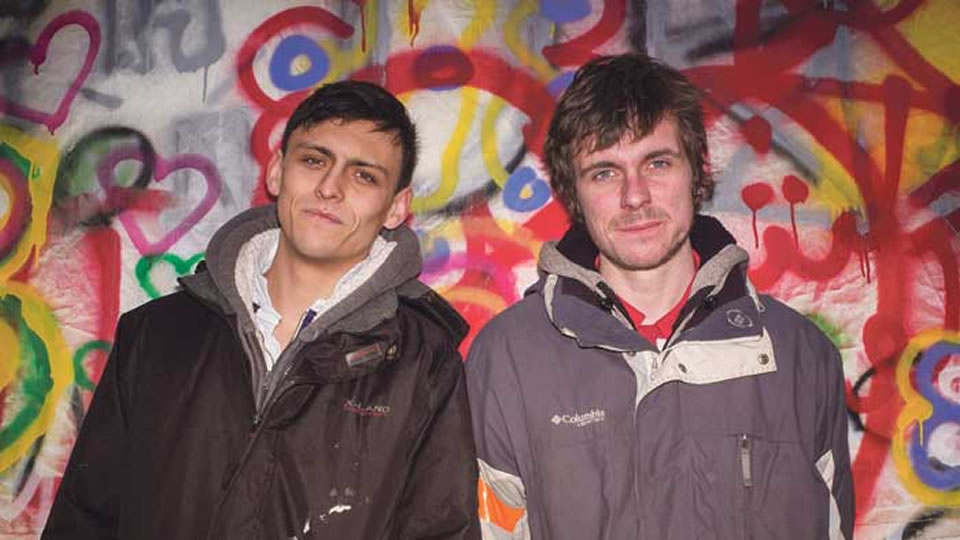 Joe Murphy and Joe Robertson, directors of Good Chance Theatre, are today announced as the winners of the 2018 Genesis Prize. Worth £25,000, the Genesis Prize is the only prize which recognises outstanding mentoring of artistic talent and gives winners the opportunity to develop their work as mentors.

Few young playwrights have made such an impact as Murphy and Robertson whose play The Jungle, supported and directed by Stephen Daldry and Justin Martin and produced by David Lan for the Young Vic and the National Theatre at the Young Vic, originated in a specially built temporary theatre in the Calais refugee camp. The Jungle was a transformative experience for everyone involved as it gave residents of the camp, so often depicted as third class citizens, a chance to tell their story and to be involved in the creation of something positive. When the play came to the Young Vic, it earned them a host of five-star reviews with leading figures of the theatre world lining up to work with them.

The Jungle is now being prepared for a transfer in London and a possible opening in New York where it’s set to repeat the universal acclaim the Young Vic performances achieved. The Financial Times described it as “an important and deeply moving piece of theatre” and the Guardian: “This devastating, uplifting show is beady-eyed even as it celebrates the human capacity to build something out of nothing, to work together and try to make a difference. Good Chance…is doing just that. Let’s listen and learn.”

The Genesis Prize allows Murphy and Robertson to focus on their playwrighting and developing new projects which currently involve work in the UK and at the main centre for refugees and migrants in Paris.

“What Joe and Joe have achieved in Calais, then in London and now in Paris is inspirational. Wherever they’ve been, they have created a beacon of hope in a zone of crisis and misery. They’ve built structures enabling refugees to tell their stories, express their creativity and build a community. Their mentoring and transformative work with these refugees make them the ideal recipients of the Genesis Prize. Such work nurturing artistic talent is at the core of the Genesis Foundation’s activities and our trustees were unanimous in awarding the Prize to Joe and Joe. We look forward to watching them use the Prize to develop further spaces for people without access to artistic expression and pass on their message of hope, humanity and empathy.”

“We are honoured to receive the 2018 Genesis Prize. It will help us to continue our work as playwrights, to develop further projects with refugees in theatres of hope and welcome in cities across the country. Such work will allow us to continue learning how theatre and art can create new dialogues between different refugee and local communities.”