A Legacy of Sacred Music - The Eton Choirbook - Genesis Foundation

A Legacy of Sacred Music – The Eton Choirbook 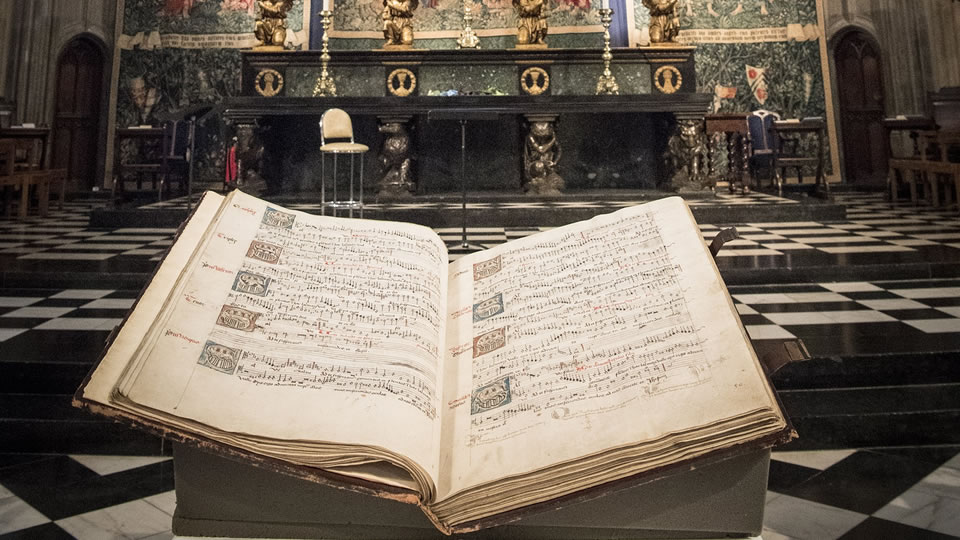 On 22 May 2018, the Genesis Foundation continued its commission and mentoring programme featuring a landmark faith text or artifact with the world premiere of four new commissions by Sir James MacMilllan and emerging composers Phillip Cooke, Marco Galvani and Joseph Phibbs.

The commissions were all based on texts from the Eton Choirbook, an iconic music manuscript inscribed in the prestigious UNESCO UK Memory of the World Register, which features a collection of English sacred music composed by around twenty different composers during the late 15th century. This concert was also live-streamed on Classic FM, a first for Eton College Chapel.

“It was [Harry Christophers & The Sixteen] together with the Eton College Chapel Choir under Tim Johnson that celebrated this legacy on 22 May by performing new music commissioned by the Genesis Foundation…enabling artistic leaders to act as mentors to younger talent, continuing its longstanding relationship with the composer Sir James MacMillan and conductor Harry Christophers, and drawing attention to the importance of the Eton Choirbook and its place in British history.”