The Vatican premiere of Stabat mater in the Sistine Chapel 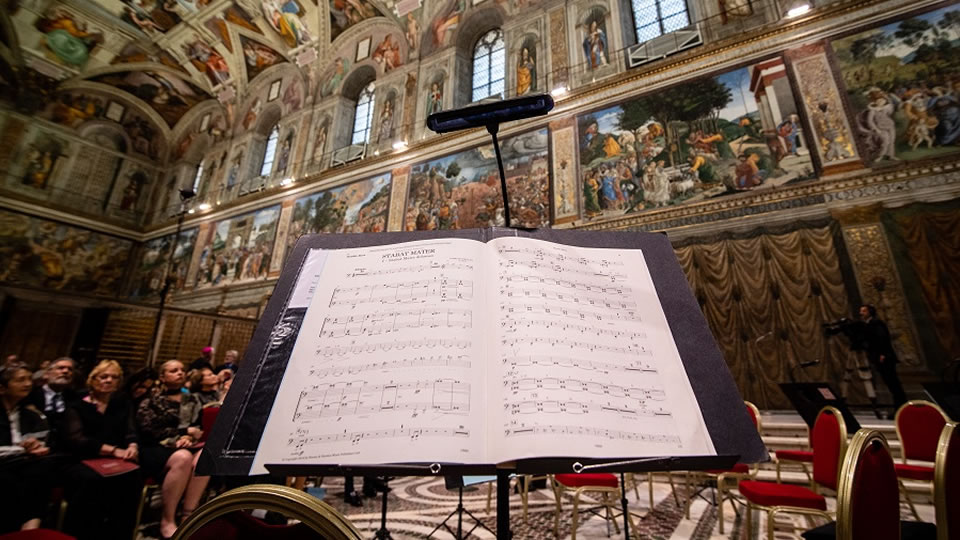 On 22 April audiences around the world were able to watch the performance of James MacMillan’s Stabat mater from the Sistine Chapel.

Available for one month on Classic FM’s website, the concert was a rare honour, bestowed on the Genesis Foundation, as few performances are given in the Sistine Chapel and even fewer are given by ensembles not based in the Vatican. The Sixteen became the first professional British choir to sing there in over 20 years.

“Doubtless many extraordinary events have happened in the Sistine Chapel in the half-millennium since Michelangelo painted its glorious, multifaceted, ceiling…yet it’s hard to imagine these astounding visual evocation’s of God’s relationship with humanity being more fittingly complemented by music than they were on Sunday evening.

“The power and passion with which the 26 professional singers tackled MacMillan’s ferocious choral demands…sent tingles down the spine.”

“This is a story that spoke to people in the 13th century. The performance last Sunday shows it still speaks powerfully to those in the 21st”

“Amid the pomp and circumstance, this was a celebration of the arts, of the enduring power of human creativity. “The spoken word will continue to prevail,” Studzinski says. “Music, film and all of culture is essential to life. It holds a mirror up to the soul. That hasn’t been taken over by AI yet, and I seriously question whether it will.”